Awakening is More than Seeing No self

[ The following guest post comes to you courtesy of Andrew White of the liberationdiaries here at wordpress.com . Many thanks to him for it. – d ]

When you get right down to it all spiritual paths are about awakening; awakening to this, seeing the truth that is the present moment with clarity.

I know de-mystifying it in that way may not appeal to all, but fundamentally there is no mystery to solve, no hidden truth to uncover and in fact you could say that even labels such as ‘spiritual’ are not necessary.

Awakening is not a process that needs any baggage, in fact it’s about shedding all of the mental clutter and baggage that stop us seeing things clearly. Now, arguably the biggest and most troublesome piece of mental baggage we carry around is the belief in a separate self.

We can’t help it, for most people it feels like there’s a ‘me’. We don’t really remember when the feeling started, but the idea that we might reach a place of clarity were that sense of self isn’t present is quite a stretch of the imagination.

No wonder we feel compelled to travel half way round the world to sit at the feet of a guru or teacher, let alone read 50 books a year on the subject. It feels like it’s a big challenge and if it was easy then everyone would do it, right?

But there’s a problem right at the heart of this. The problem is this: we can never find ‘no self’. That’s not possible. Realizing there’s no self doesn’t come about by seeing what’s not there, it comes about by seeing how it really is. You can’t find what’s not there. But you can realize a mistaken belief by finding truth; by realizing reality.

That’s why most teachers and guides emphasize the path of realizing truth, not seeing through the sense of self.

As we awaken, tuning in more and more to the present,
to the way it is,
seeing through the conditioning of culture and upbringing and identification, the sense of self, the belief in a separate ‘me’ falls over. It can’t be sustained and it evaporates.

That’s the path, seeing how it is.

It might be through mindfulness
or meditation
or loving kindness
or generosity
or humility
or most likely a combination of a number of factors like these
but they all flow the same way,
realizing the truth of this simple moment,
just as it is.

For some they see it all of a sudden but it doesn’t quite stick so they still have some sort of sense of self but now they know it’s not real.

For others the sense of self is seen through but the feeling sticks around,
it still feels like there’s a ‘me’ but it’s no longer believed in.

For still others, the shift stays shifted and the sense of self never returns, it stays gone.

But because this losing of the sense of self of self, in whatever way, happens at range of different points on the spectrum of awakening, we can’t ever say one person is ‘further on’ than another.

So someone might have a full awakening fairly early because the sense of self became too traumatic or unbearable, but they still have a lot of conditioning and baggage to process to see clearly.

For others, even when most of that has dropped away, there can still be the clinging feeling of a self in the background; once beautifully described as the aroma of a self, in the same way that clean washing, even though it’s spotless still has the aroma of washing about it.

So what is awakening then? If it’s not just about seeing there’s no self, what is it? Awakening is when we’re not simply locked into a thought created world but we are fully aware and present.

Any time you say, ‘I can see myself reacting in this way but I still do it’; even then, you’re in a more awakened state than if you simply reacted.

And it’s a spectrum,
we move from seeing how our conditioning creates responses and reaction
to becoming more aware of the spacious presence of the ‘seeing’ in which the response tries to arise
to being grounded in the seeing as nothing
as simply the presence that isn’t identified with whatever comes up
and at that point
with no energy or belief behind them
things come up rarely and faintly.

I’m not sure we ever fully awaken,
I’m not sure there’s a point we reach where no response arises at all and we’re simply pure presence all of the time.

In the same way when we reach the point where whatever arises no longer has the potential to fool us,
to drag us into the story of how it appears to be, then that’s a very awakened state.

For everyone on this journey,
and really that means all of us,
we’re somewhere on that spectrum.
So it’s true, there isn’t a self undertaking this journey,
there never was,
but the point at which the sense of self falls over
isn’t the actual point of awakening.
It’s much bigger than that.

Being grounded in the formless,
in the flow of the moment,
open and naked as undefined presence of what is;
that’s something worth experiencing.
Accessible to all,
no special gifts or talents required,
just be now,
bring it all back to now.

As Marcus Aurelius said,
“Confine yourself to the present.” 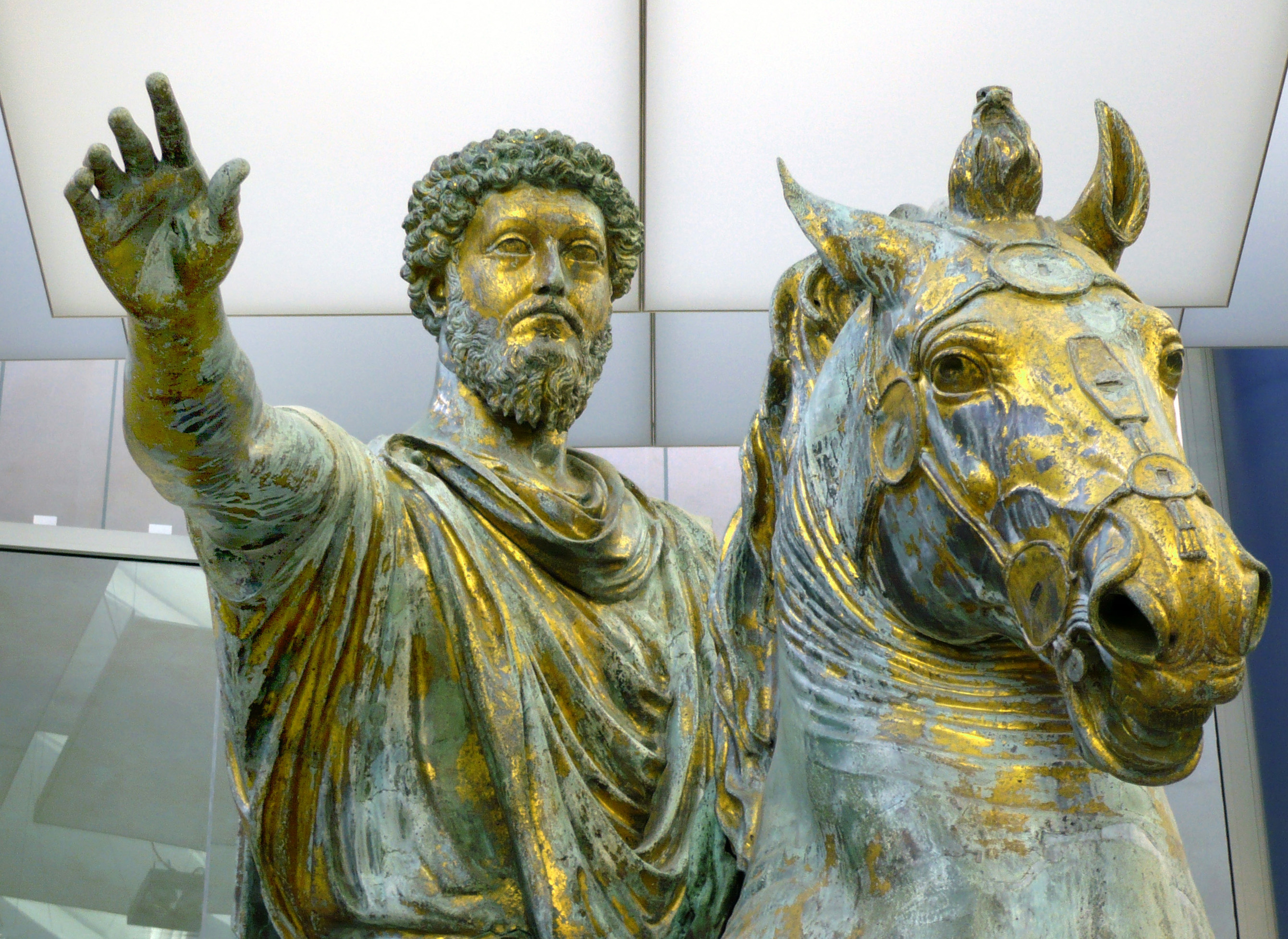 Editing for spacing, punctuation and American/ English spelling divergences only.

A former seeker starts blogging.
View all posts by dominic724 →
This entry was posted in Uncategorized. Bookmark the permalink.
Loading Comments...