What got left out of “meditation”? by David Chapman 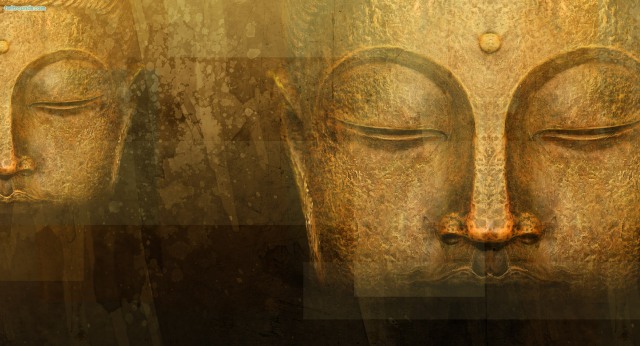 What got left out of “meditation”?

Buddhist meditation methods have been forced through a series of filters over the last 120 years:

But is that the only practice we need? Is it the best practice for most Western Buddhists now?

How high a price are we willing to pay for ideological correctness? Do we want to restrict ourselves to meditation methods that were acceptable to Christian missionaries in the 1800s?

Many Western Buddhists may be unaware of how much they have lost. In this overview post, I’ll briefly describe some types of Buddhist meditation that were eliminated from the Western mainstream. In the next few posts, I’ll explain why some of them might be hugely valuable, maybe even critical to Buddhism’s survival—though they may squick some people.

A possible objection: “It’s all meditation, right? Who cares about all these different techniques! This sounds like posturing to me. A lot of esoteric nonsense so intellectuals who read too many books can feel superior. Plus, if different Buddhist groups promote different kinds of meditation, they’re probably all just selling their own brand. That’s just religious politics and marketing. The kind of meditation I learned works for me; that’s all I need to know.”

“Meditation” is sold as the solution to all problems. It calms you down, revs you up, solves all known mental health issues, fixes your love life, and cures cancer. Oh, yeah, and leads to enlightenment, whatever that is.

Within Buddhism, there are many different things that get called “meditation.” Supposedly, they have quite different goals and results.

Buddhist tradition could be wrong about that. Maybe one method can do everything. However, apparently, neuroscience studies show that different kinds of meditation have quite different effects on the brain. Also, my experience—and the experience of people who have meditated a lot more than me—is that different practices are really different.

This could be a sore point. Discussing religious differences is not nice. Disagreement about religion is supposedly aggressive, and Buddhists shouldn’t be aggressive. Also, if you’ve been doing your one meditation for many years, the possibility that your time would have been better spent doing something different, or other things as well, might be unacceptable.

But, how well is your meditation working for you? Are you getting all the results you want, as fast as you want? I suspect for most people the answer is “no.”

Westerners mostly have the idea that meditation is all about “me.” “Meditation” means examining your self; your own experience. (This is the Romantic/mystical criterion.)

“Yes, but the point of meditating on those things is to produce a personal experience, right?” No; usually not, in traditional Buddhism. If your meditation is all about “me,” you risk completely missing the point.

“Well, I don’t want to meditate on those things. Buddhist doctrines are boring and stuffy; I don’t believe in gods or demons; etc.” You might be missing out on good things. You don’t need to believe in gods to make them part of your meditation… and meditating on “me” risks causing the exact problems it tries to solve. (I’ll explain that in a later post.)

Traditionally, the main path in Buddhism was renunciation. The point was to get rid of bad emotions, especially desire.

Buddhism has lots of ways to get rid of desire. Step #1 is to stop trying to satisfy it. You should definitely not have sex, or enjoy eating tasty food. After a while, you’ll crave them less. That’s the easy part.

Step #2 is meditation. Once you’ve abandoned the “objects of desire,” you use meditation to get rid of whatever desire is left. That’s the main point of meditation in mainstream traditional Buddhism.

Most Westerners don’t see meditation this way. We have zero interest in renouncing sex. (Or even chocolate.) We don’t think getting rid of emotions is a good idea. These are non-negotiable principles of both Romanticism and late-20th-century morality.

So, Western Buddhist teachers usually play down renunciation, or quietly drop it altogether. And non-Buddhist teachers of mindfulness meditation certainly won’t tell you what the practice was originally used for.

There’s been 120 years worth of reinterpretation, starting in Asia, so you can easily find books that tell you “it’s not about that.” But that is an adaptation. The meditation methods most common in the West were traditionally aids on the path of killing desire.

Renunciation is a valid and valuable path. Maybe it would be good for more Western Buddhists to actually pursue it.

If you have a different goal, you might instead want to ask whether you are using the right tools for the job.

“Consensus Buddhism”—the Western mainstream—started from a renunciative tradition: Thai and Burmese Theravada. It abandoned the path of renunciation, but kept some of its methods. I find the result incoherent.

For many people, the fact that “Buddhism doesn’t have rituals” is what’s so great about it. Or they may know that Buddhism used to have rituals; but those were a stupid Asian thing that we’ve gotten rid of.

There are good reasons to dislike rituals. Often they are boring and pointless. Often they exist only to give a religious organization something to sell.

And then there is individualism, the sacred law of late 20th-century morality. We don’t want to be limited by social conventions. We want to be spontaneous and free. We want everyone to be equal to everyone else.

The fixed form of ritual seems like an unacceptable imposition. You have to follow rules. In most rituals, different people have different, unequal roles. They make some people look “special.”

The paradox is, at the same time we reject social roles, we feel alienated from society and from each other. We crave connection. For many people, the whole point of meditation is discover connectedness, and end that alienation.

That is not what mindfulness meditation was designed for. Exactly the opposite! It was meant to break your connections with the world, which was supposedly a mass of suffering. To quote Thanissaro Bikkhu: “Traditional dharma calls for renunciation and sacrifice, on the grounds that all interconnectedness is essentially unstable, and any happiness based on this instability is an invitation to suffering.”

Ritual, on the other hand, is the enactment of connectedness. It ends alienation. That’s what it’s for; that’s what it can do.

Buddhist Tantra is the path of transformation through enjoyment.

According to scripture, Tantra was created by the Buddha as the path for people who don’t want to be monks or nuns, who didn’t want to renounce pleasure, who wanted to get things done in the real world. Supposedly, Tantra is a faster, more powerful method than renunciation. Supposedly, it can lead to enlightenment in your current lifetime.

It seems like Tantra might be a better starting point. Tantric meditation methods are at least aiming at goals most Western Buddhists value.

Unfortunately, Tantra fails all the challenges the West has put Buddhism through. It’s the perfect nightmare for a Victorian clergyman: it’s polytheistic demon worship, it’s all about sex and violence, and it revels in filth. (I’ll come back to filth in a later post. Something to look forward to!) Tantra is about magic, which is unacceptable to Scientism. It’s mainly not about “me,” which is unacceptable to Romanticism. And it’s hopelessly politically incorrect according to eco-granola-consensus-therapy morality.

Can it work anyway?

Trapped in a marketing juggernaut

Consensus Buddhist teachers recognize most of what I’ve said in this post.

I’ve been particularly impressed with articles by Gil Fronsdal, who teaches vipassana and Zen in California, squarely in the Western Buddhism mainstream. Yet his “Treasures of the Theravada,” “Living Two Traditions,” and other writing point out the limitations in the approach. (If you prefer to listen than read, he has a great podcast on the history of vipassana. It discusses some of the same material I’m covering in this blog series.) He sees the importance of recovering meditation methods that have been dropped because they didn’t seem “nice.”

Here are some quotes from him:

Recently, many diverse Theravada practices were brought to Spirit Rock through the visit of Achaan Jumnien, a sixty-year-old monk from the jungles of Southern Thailand. In the course of nine days he taught thirty different practices. These included chakra practices (opening of the wisdom-eye and the heart center), skeleton practices (on the nature of the body), and meditations with the elements of earth, air, fire, water and space. He trained people to understand emptiness by resting in what he called the “Original Mind” or the “Natural State” and he offered practices unifying participants’ consciousnesses with his own. He also performed many kinds of blessings, described exorcisms, taught chants, and offered protection rituals, visualizations and vows (including bodhisattva vows, practice vows and refuge vows). [Many of these practices would be considered tantric in other Buddhist systems.]

By focusing on the relatively individualistic insight meditation practice, the Western vipassana community has also largely ignored the communal practices of Theravada Buddhism. The tradition offers a whole range of ritual practices which help foster community, connect us with the land on which we live and mark birth, death and the seasons.

To conclude that the self is one with the universe or that there is a “nonseparate self’ is still a view of self. It is all too easy for people to take a profound experience as the goal of the path or to relate the experience to some concept of self. The feeling of interconnectedness with all life is very powerful. But if a person thinks that’s it—I’ve reached the final goal—they’re shortchanging themselves, because liberation is beyond conditioned experience. Meditative or mystical experiences of interconnectedness may be one of the most wonderful conditioned experiences, a pinnacle of conditioned life, but it’s still conditioned.

When such central Buddhist tenets as no-self (anatta) can be reformulated so that at least one American teacher [Jack Kornfield] can refer to a “true self,” will the movement eventually lack a uniform enough doctrinal foundation to hold it together, even loosely?”

What I don’t see is that he, or any of the other “Consensus” teachers, are acting on this understanding. Why not?

I suspect that they have created a marketing juggernaut that has spun out of their control. Westerners now all know what “Buddhism” is: soothing spiritual pablum. “Buddhism” is sort of like vitamin C. No one thinks it really does much, but you take it because, well, it can’t hurt, and maybe it will make you feel a little better.

This sells really well—to Americans of a certain age—and it now has a whole industry behind it. It’s unstoppable. The people who invented it are prisoners to it. They have to give their customers what the customers want.

But I suspect this “Buddhism” will die with their generation. The super-tanker is heading for an iceberg.

Unless Buddhism is rescued from “Buddhism”—unless the ship is yanked round in a wrenching change of direction—it’s doomed.

Please see these links for reference:

For another take on vipassana practice, please see : http://freestyleawakening.wordpress.com/2010/06/23/practice-profiles-vipassana/

1 Response to What got left out of “meditation”? by David Chapman